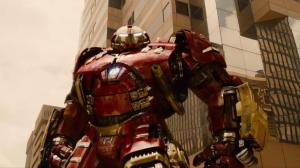 Get your first look at Ultron trying to tear apart Captain America, Iron Man, Thor and the rest of the world in the first official teaser trailer for Marvel’s “Avengers: Age of Ultron,” in theaters May 1, 2015! END_OF_DOCUMENT_TOKEN_TO_BE_REPLACED

The next season of Game of Thrones premieres in just a few weeks, but fans got an early look at what HBO has planned for its hit series with a new Season Five trailer that premiered this morning at Apple’s Spring Forward event. END_OF_DOCUMENT_TOKEN_TO_BE_REPLACED

HBO has finally released the trailer for Game Of Thrones Season 3 which is something lots of people have been waiting to see. Though only a minute long, the trailer shows the main characters in the books all ready to continue playing the game of thrones while trying to beat and in some cases outsmart the other.

Here’s a bit of an update linking the end of season 2 and what to expect in season 3.

The Wall: “Winter is Coming”… we heard that the first two seasons and like we saw at the end of season 2, The Others have finally come out giving the men wall something to brood over.

Tyrion Lannister (The Imp): Having survived the war against Stannis with a huge gash on his face, Tyrion has to live with being replaced as the hand of the King by his father, Tywin Lannister, whom he represented and who now calls the shots at Kings Landing though difficult as some might be for any of them.

Sansa Stark (Little Bird): One of my least favorite characters so far, after refusing to escape from Kings landing with Sandor Clegane (the dog) she has to deal with being removed as Joffrey’s betrothed wife which now makes her available as a pawn in the game.

Catelyn Stark: After releasing the Kingslayer, Jamie Lannister to return to Kings landing in an exchange for her daughters Arya and Sansa, Catelyn now has to face her son Robb, the King of the North, and see the repercussion of her action.

Robb Stark (King Of the North): After getting married to another lady despite giving his word to Lord Frey to marry one of his daughters, Robb is now having to deal with some of the tough decisions that come with being king.

Jon Snow (Ned Stark’s bastard): After being taken by the wildlings, he gets to meet the king beyond the wall, Mance Rayder, and has to work on becoming one of them which might prove more difficult than expected.

Arya Stark: On the run with Gendry and hot pie, she looks to put a wide gap between herself and Harrenal (where she escaped from at the end of season 2) and try to get to the North where she would be safer. Only problem is the game of thrones now has many players making it difficult to know whom to trust

Bran Stark: With his home Winterfell taken over and presumed dead by all, Bran has to try and survive on his own and at the same time look for a way to get to the wall where he hopes to learn how to control his new powers.

Daenerys Targaryen: With nothing to keep her in Qarth, Daenerys heads back to Magister illyrio (whom she and Visery’s stayed with before moving out with Khal Drogo) with her growing dragons (now capable of flying)

All i can say is check out the trailer below and expect to be knocked off your feet by the story when it premieres on the 31st of March.

MOVIE: Day Of The Mummy Kennis Music Presents the “Joe EL On the Move Series”, This episodes are already recorded editing(s) of Joe EL’s movements all around the globe.
The first edition is taken from his visit to Bowen University’ a private university somewhere between the borders of Ibadan and Osun in Nigeria. The love is amazing, watch as he performs and drives the crowd crazy, its pure entertainment that will definitely last a while in the memory of the young students.
Enjoy , Download and Share your views.
DOWNLOAD VIDEO MP4
DOWNLOAD VIDEO 3GP
#1 south south entertainment blog

The Africa Today show this week will touch on the following topics:
——————–

After making their way through high school (twice), big changes are in store for officers Schmidt and Jenko when they go deep undercover at a local college. But when Jenko meets a kindred spirit on the football team, and Schmidt infiltrates the bohemian art major scene, they begin to question their partnership.

Now they don’t have to just crack the case – they have to figure out if they can have a mature relationship. If these two overgrown adolescents can grow from freshmen into real men, college might be the best thing that ever happened to them.
Though not in HD, you will still enjoy it full time… Like I did