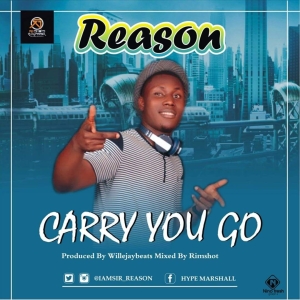 Isaac c. isaac was born in the family of nine also known as Reason is out with another Wilee Jay produced tune titled “Carry You Go” shortly after releasing his trending hit single ‘‘ITOLA” which features EL chriz

, Reason has again done justice to this jam which would instantly become a street favorite, you can follow him on iG & twitter @iamsirreason as Reason , a business tycoon with so much love for music.His latest song title  was produced by Wilee Jay Beats and mixed by the famous Rimshot.