Posted by 9jasouth on 09/13/2016
Posted in: SPORTS. Tagged: Kanu Nwankwo Loses His Mother. Leave a comment 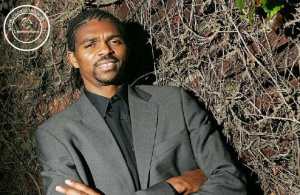 Kanu Nwankwo is a retired Nigerian footballer who played as a forward. He was a member, and later captain, of the Nigerian national football team for 16 years from 1994 until 2010. He has been married to wife, Amara Nwankwo for 12 years and the pair have three beautiful children.
Reports have come in thatKanu’s mother, Mrs. SusanKanuIheme passed away on the 7th of September. No details have been revealed as to the cause of death. It is sad news for the football star who usually expresses his gratitude in interviews to his now late mother who told him he will make her proud one day with his football talent. Fan’s have taken to social media to mourn with the football star and also say kind words about his late mum.