Miss Taken, a new movie produced by Nelson Jombo; a filmmaker whose career began working with Uche Jombo Studios as a co-producer has generated a flurry of mixed feelings from viewers as it rides high on love, betrayal, laughter, tears, deceit and pulsating suspense.
“Miss Taken” tells the tale of an Inspector General charged with corruption and financial misconduct by the Economic and Financial Crimes Commission (EFCC).

His eldest daughter, Ruby who stands solidly behind her father oversees his properties and tries to control her rebellious younger sister, Chinny.
But just as things begin to brighten for Ruby, she finds that even family can be one’s greatest enemy.
The movie stars various artistes such as Seun Akindele, Ruth Kadiri, Uru Eke, Uchenna Nnanna, Laure JE and many more.

The movie has been scheduled for its DVD release under Uche Jombo production.

Nelson Jombo has numerous titles to his credit and has been a delegate representing the film industry on several tours, seminars, events and workshops hosted by distinct African leaders.
His attention to details has seen him rise through the ranks to become a vibrant force to reckon with in the industry as he continues to expand and launch into new frontiers.
His diversity in production has contributed to the unique style of his movies.
His recent successful movie, ‘Luke of Lies’ proves his assortment in production, as the movie starred Luke (Alex Ekubo), Susan (Daniella Okeke), Obom (Eddie Watson) and Shola (Belinda Effah) and focused particularly on Obom and his long-term online dating scam. The movie eventually became one of the best-selling movies in March 2015; the month of its release. 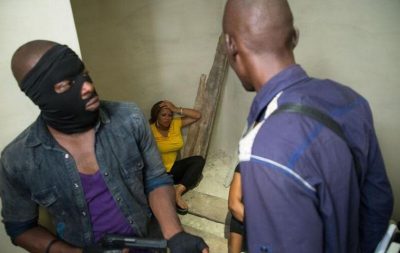 Drawing from both traditional and contemporary sources, Nelson’s productions are more realistic than imaginative, which is what most producers today disregard.

The titles of his movies are comical yet compelling; some of which, include ‘Stolen Lives,’ ‘House Girl Lover,’ ‘My Rich Boyfriend’ among others.