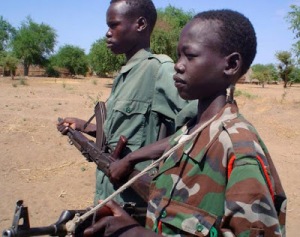 Four kids between the age of 9 and 15 has been discovered were part of the perpetrators of the bomb attack that rocked the city of Yola, the capital of Adamawa state.
Boko Haram insurgents instructed them to drop the explosive at a specific place in Bachure suburb, near the Army Barracks mainly inhabited by retired military personnel.
It was gathered from a resident of the state, Abraham Tunoh, that the bomb, which occurred on
Thursday at the Kofare area of Yola, close to a mechanic workshop along Numan Road, was in possession of four children. The children told the police that an unknown man gave them N2, 500 to carry out the attack.
The two arrested boys said the bag containing the explosive was too heavy for them to carry, so they had to sell it to a dustbin scavenger, whom they ran into at the nearby mechanic workshop. The dustbin scavenger, said to have been arrested, has been helping the police in their investigation. The police source also revealed that in the ensuing confusion that followed the loud bang from the blast, two of the bearers sneaked away from the scene of the blast.