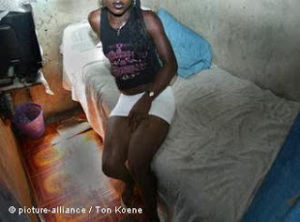 A middle-aged man, Moyinoluwa Tosin, has been remanded in Ilesha Prison by an Osogbo Magistrate’s Court for allegedly ràping a 15-year-old girl, Tope Adeniyi, at Egbatedo area of Osogbo, the Osun State capital. The trial magistrate, Mr. Olusola Aluko, who ruled that the accused be remanded in prison custody, adjourned the case till June 20 for mention after listening to the account of the police prosecutor, Mr. Solomon Oladele, and that of the accused defence counsel, Mr Daniel Agbara. Oladele told the court that “the accused person and others who were now at large conspired among themselves and abducted the 15-year-old girl,” adding that Moyinoluwa allegedly had carnal knowledge of her at Egbatedo area of Osogbo. He said the offences committed by the accused were contrary to and punishable under sections 516, 362, 221 and 360 of the Criminal Code, Cap 34 Vol. 11 laws of Osun State of Nigeria, 2003. Though the accused, who pleaded not guilty to all the charges, admitted to have had a sexual intercourse with the 15-year-old girl but explained that she was his girlfriend who had slept in his house times without number.