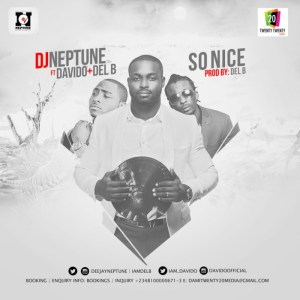 After a successful 2014 releasing quality music, mix-tapes and also touring different cities and countries performing for the fans and music lovers, the prolific entertainer and disc jockey #DJNeptune is set to take over your playlist this year 2015 with another HIT single titled #SoNice off his yet to be released album

The award winning international #DJNeptune teams up with Africa’s No1 artist #DavidO and multiple award winning producer #DelB on #SoNice and be on the look out for the video which drops real soon. Make sure you get the Album when it comes out, for now get your groove on with this sweet classic record from #DJNeptune.