Posted by 9jasouth on 02/18/2015
Posted in: PHOTO. Tagged: Photos-- Unilag Lecturer Allegedly Stabs Student In The Eye. Leave a comment 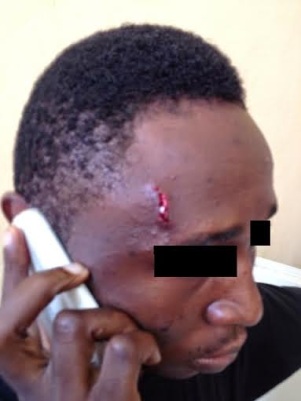 A student of Computer Science Department of University of Calabar name withheld almost lost his sight after a lecturer known as Chris Otu in the Department of Economics, University of Calabar stabbed him with his-car key during lecture hour. According to an eye-withness Mr Otu was supposed to have a class with year 3 students of Computer Science Department by 10.am, today 21 Nov. but he failed to appear after keeping the students waiting for two hours, he later appeared by 12-noon