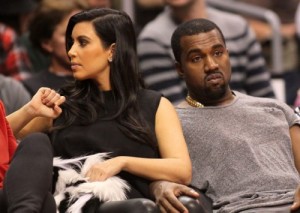 Peep a new leak from Kanye West, “Awesome.” We heard hints of “Awesome” on “Keeping Up With The Kardashians,” and Kanye also performed at the Met Ball in 2013. Now, two years later, the song has leaked in its fully glory. Presumably an ode to Ye’s muse, Kim Kardashian, “ Awesome” is a slow-moving auto-tuned love ballad. If Kanye hadn’t already made his undying love for Kimmy Cakes known, it’s definitely clear here.
Kanye is prepping So Help Me God, which is being driven by the single “All Day.” We’ll have to wait and see if “Awesome” also makes the tracklist. The album doesn’t have a release date set, because those are played out.